Synthetic vs. Isolate vs. Distillate vs. Extract

There are many different methods used to process cannabis and obtain its active ingredients. As far as cannabis users are concerned, the primary difference between the various processes is: which components from the original plant remain in the final extract?

Traditional healthcare providers view purity as the gold standard for any medication. A purified compound contains no impurities that may generate undesired and/or unexpected outcomes. Whole plant advocates, on the other hand, believe that medications taken in whole plant form, that is, with all the compounds naturally found in the plant, are best, because all the compounds work together in our bodies to generate optimal outcomes. 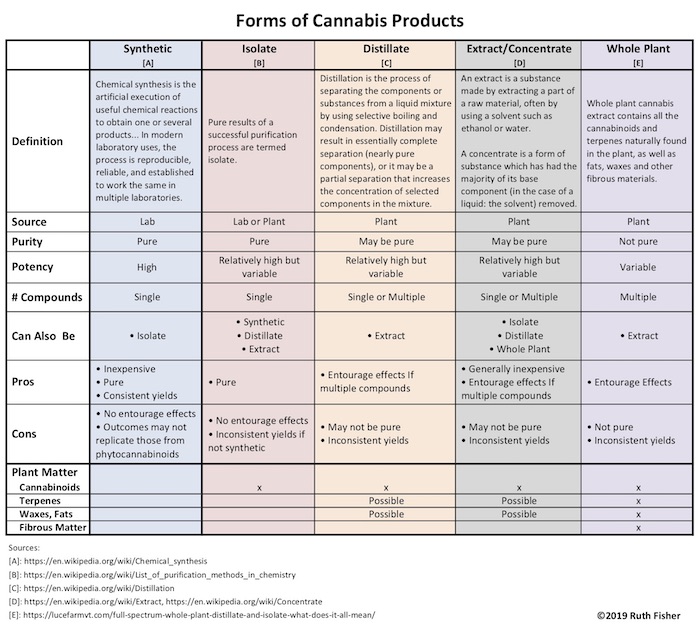 Synthetic cannabinoids are made in a lab. Scientists use cannabis plants to understand the molecular structures of cannabinoids (phytocannabinoids) found in plants. They then reproduce those plant compounds in a lab using chemicals. When cannabinoids are synthesized, the output is a single compound (an isolate) that is pure (uncontaminated by another compounds). In short, synthetics are purified, isolated, man-made compounds.

Pros: Synthetic cannabinoids are relatively inexpensive to make, they’re pure, and their yield is predictable and consistent from batch to batch.

Cons: Synthetic cannabinoids may not be exactly the same as phytocannabinoids, in which case they might not generate identical user outcomes. When used in synthetic form, isolates also don’t generate entourage effects like whole plant extracts do.

Cannabis isolates are single compounds (phytocannabinoids or phytoterpenes) that have been isolated from all other compounds in the cannabis plant. Because they have been isolated, they contain no other contaminants, that is, they are pure. Purity is good to the extent that impurities may cause undesirable or unexpected effects. Isolates may be synthesized or plant-based. So, isolates are purified, man-made or plant-based compounds.

Cons: Isolates don’t generate entourage effects like whole plant extracts do. Also, different samples of cannabis generate different quantities of isolates, depending on the potency of the original sample. That is, cannabis yields, or the amount and/or potency of cannabinoids generated, are inconsistent from batch to batch.

Distillation is a form of processing used to isolate specific compounds from the rest of the plant. Distillation takes advantage of the different boiling points across cannabis compounds to vaporize, isolate, then re-condense select compounds. Distillate may contain single or multiple compounds, and, depending on the intensity of the process, it may contain other plant matter.

Pros: Cannabinoid distillates are relatively pure and they may generate entourage effects if they contain multiple compounds.

Cons: Depending on the intensity of the processing, distillate may not be purified, that is, it may contain some unintended plant compounds. Also, distillation yields are inconsistent from batch to batch.

Extraction and concentration are similar forms of processing plants that separate out specific compounds from the rest of the plant. While there are technical differences in these two methods, for all intents and purposes, the two terms are used interchangeably. The primary difference between extracts/concentrates and isolates is that extracts contain other plant parts –major and minor cannabinoids, terpenes, and flavonoids – that isolates do not.

Pros: The processes used to extract/concentrate cannabis are generally inexpensive. If multiple compounds are extracted, then the extract may generate entourage effects.

Cons: If multiple compounds are extracted, then the extracts (by definition) are not pure. If cannabis extracts are created using solvents, then the impurities may contain residual solvents, which may be particularly probematic. Also cannabinoid yields vary from batch to batch, depending on the potency of the original sample.

Whole plant refers either to cannabis flower or to cannabis extract/concentrate in which all the major and minor cannabinoids, terpenes, and other plant nutrients have been retained in the extract. Since whole plant cannabis contains multiple compounds, it is neither isolated nor purified.

Cons: Whole plant cannabis is generally not pure, and cannabinoid yields vary from batch to batch. 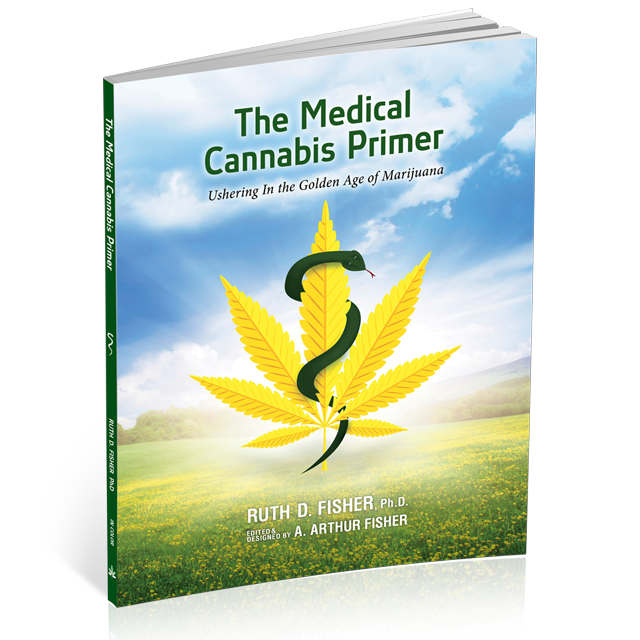